Americans live in a time of polarized politics – and that's easy to see on social media. Although the ability to express one's beliefs has begun to feel more like a right than a privilege, some feel their views are being censored, and have even begun seeking a conservative alternative to Facebook.

The Current Throne of Social Media

In many ways, a reaction to Facebook's dominance makes sense. Maybe it was even inevitable. According to parent company Meta, about 2 billion people use the platform every day, making it the leading social network overall and the biggest in the U.S., with over 63% of the population 13 or older using it. That's about 210 million Americans, and with its huge potential reach, Facebook has to regulate what gets posted – which has become a politically sensitive proposition.

What is the Role of a Social Media Company?

Posts by influential right-wing commentators have been flagged, and users have been suspended – or even de-platformed altogether – with some accusing Facebook of putting its thumb on the scale of democracy. Add in nagging privacy and security issues, and many have left Facebook, searching for something… different.

Lucky for them, a whole parallel social-media universe has sprung up.

Top 5 options when looking for a Conservative Alternative to Facebook. 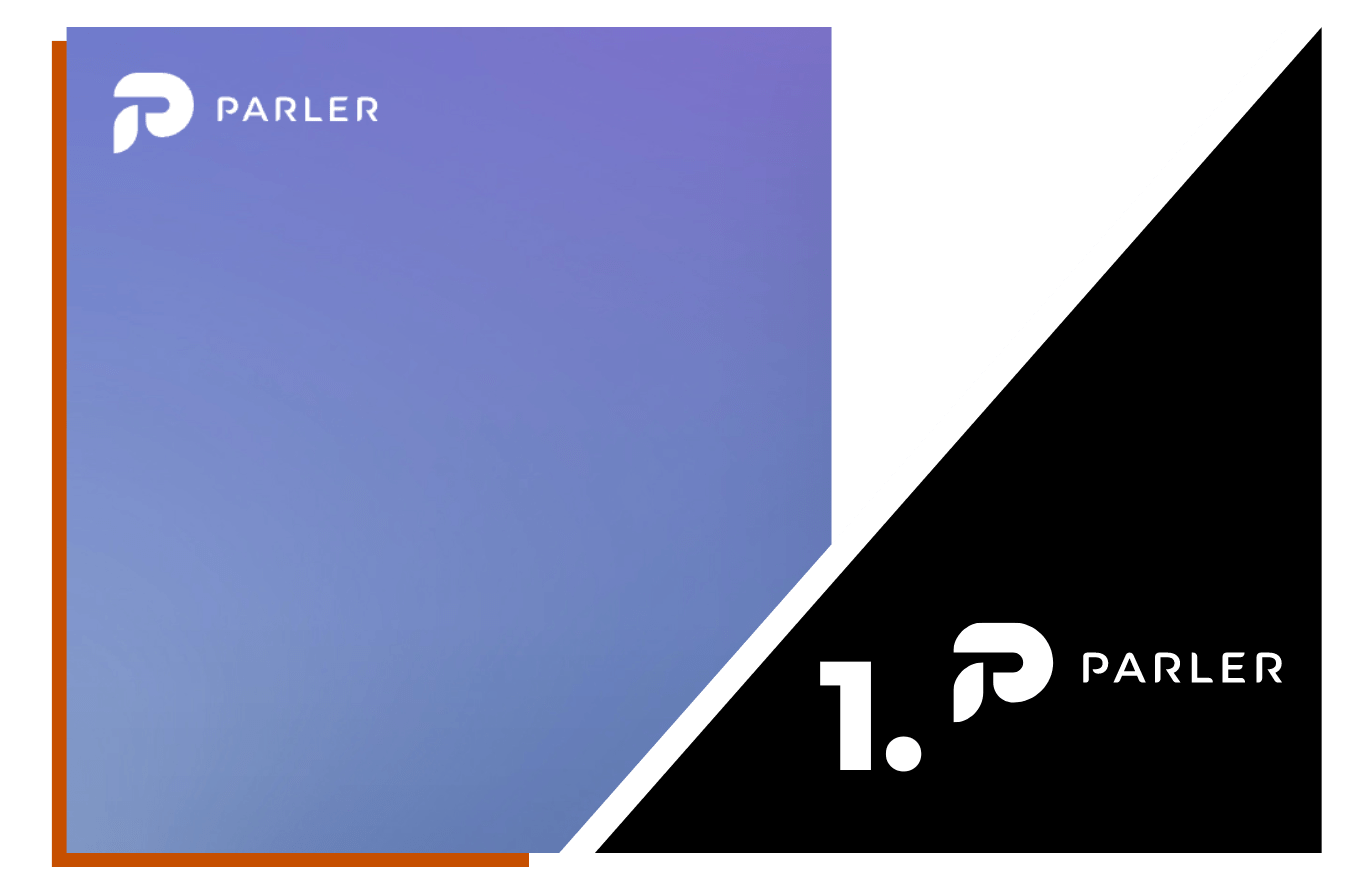 This whole "conservative alternative to Facebook" thing didn't come from nowhere … it started with Parler. Purpose-built in 2018 and described as an "unbiased alternative to mainstream social networks," Parler first became widely popular in 2020, just as Facebook policies changed. It was then banned by Apple, Google, and Amazon stores, killing some of its momentum. But now it's back with stricter content controls and has about 15 million users, which tends to spike during election cycles. 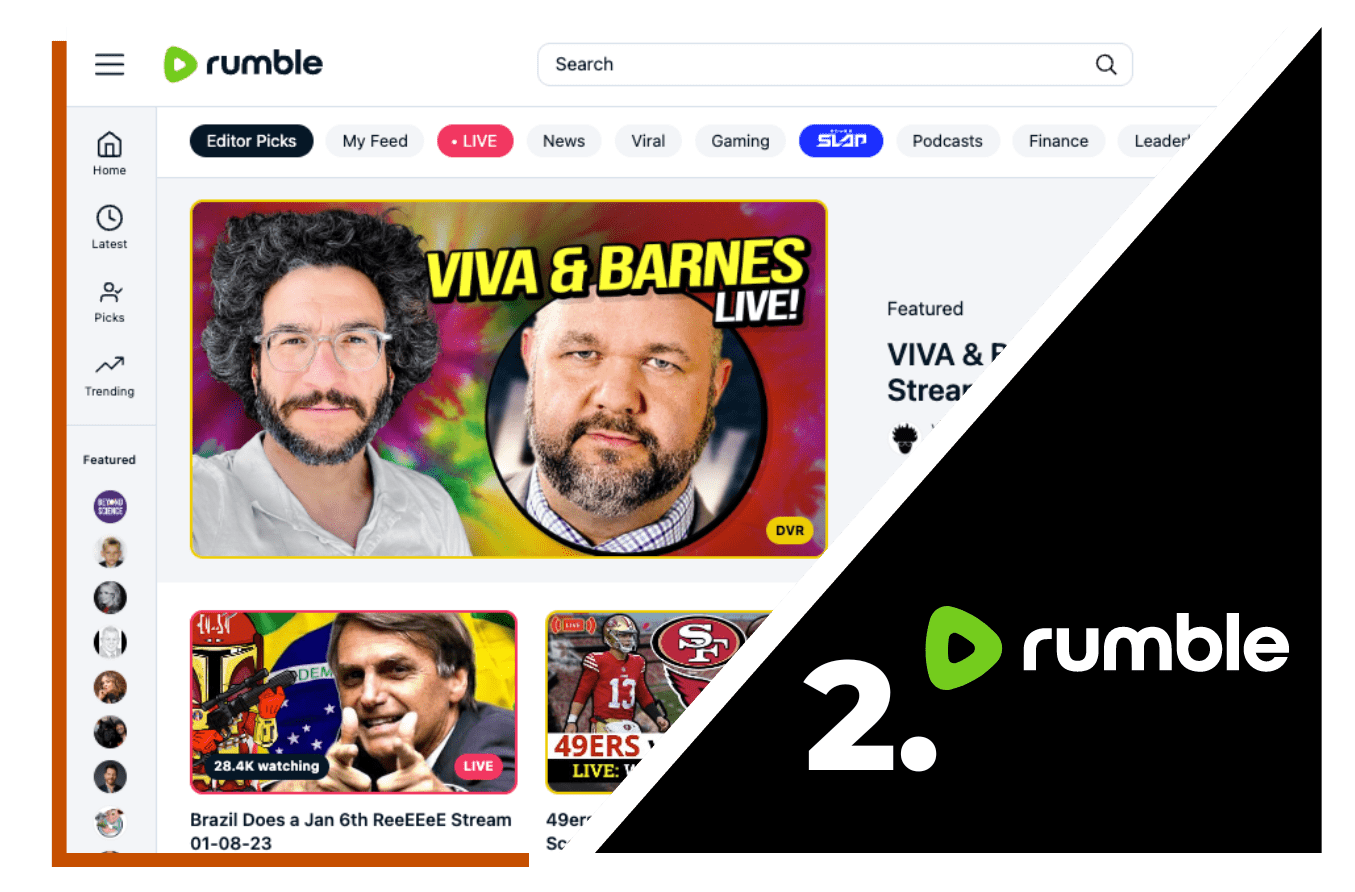 Rumble launched in Canada in 2013 and has now become a conservative favorite for video sharing à la YouTube. Users can share video content without restriction – and even monetize it, which Facebook doesn't allow. The platform experienced an influx of users after the 2020 election and now claims 80 million users, most of whom were referred from Parler after it was temporarily suspended. 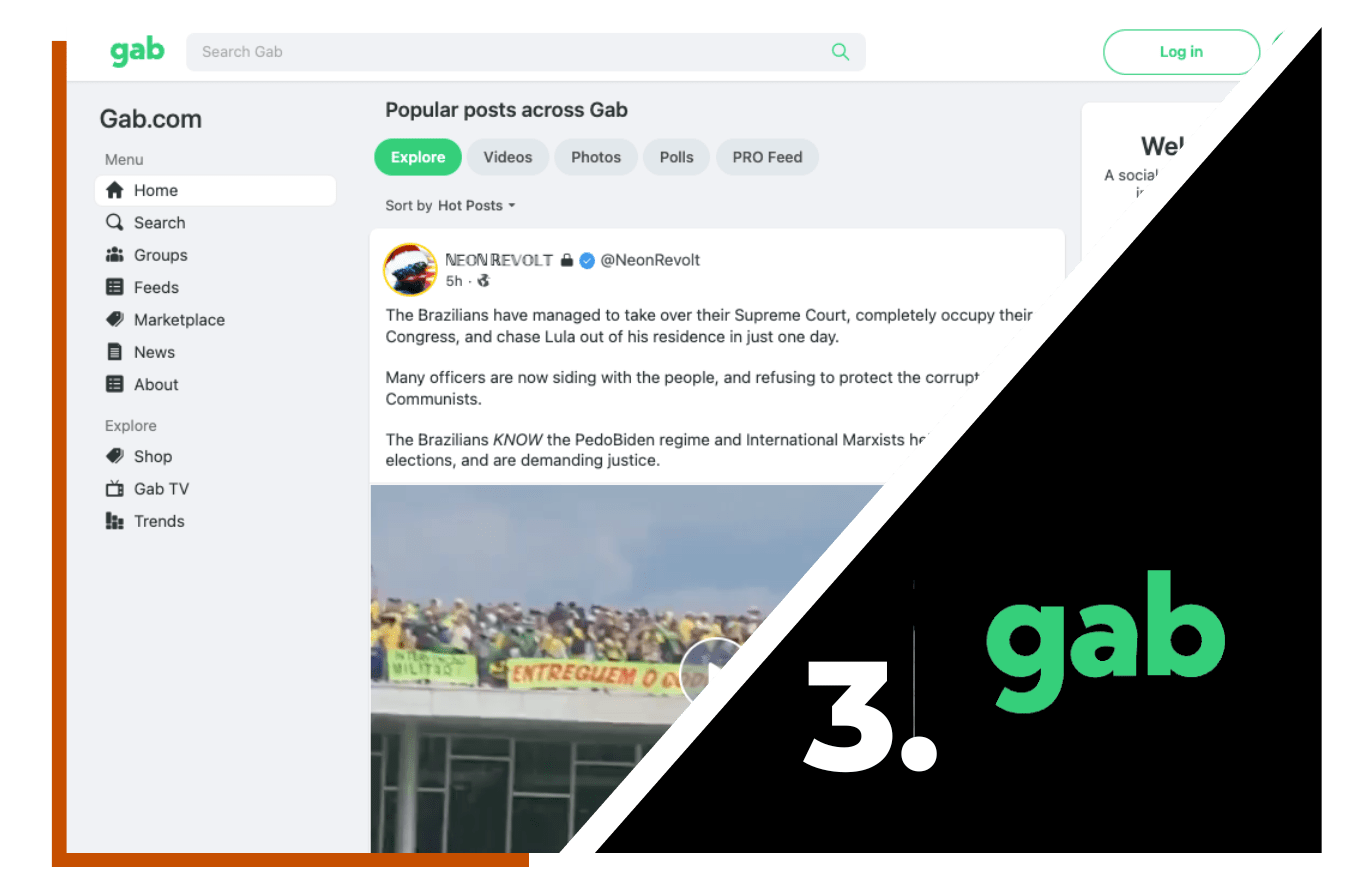 Next up is Gab, which launched in 2017 as just another social network, but has grown to become a home for the "outcasts" of the mainstream. A microblogging site similar to Twitter, many users arrive on Gab after being banned by other networks, drawn to the site's promotion of "free speech," "individual liberty," "free flow of information online," and Christian values. Detractors call it a haven for extremism, racism, conspiracy nuts, and antisemites, claiming it plays a role in growing radicalization. 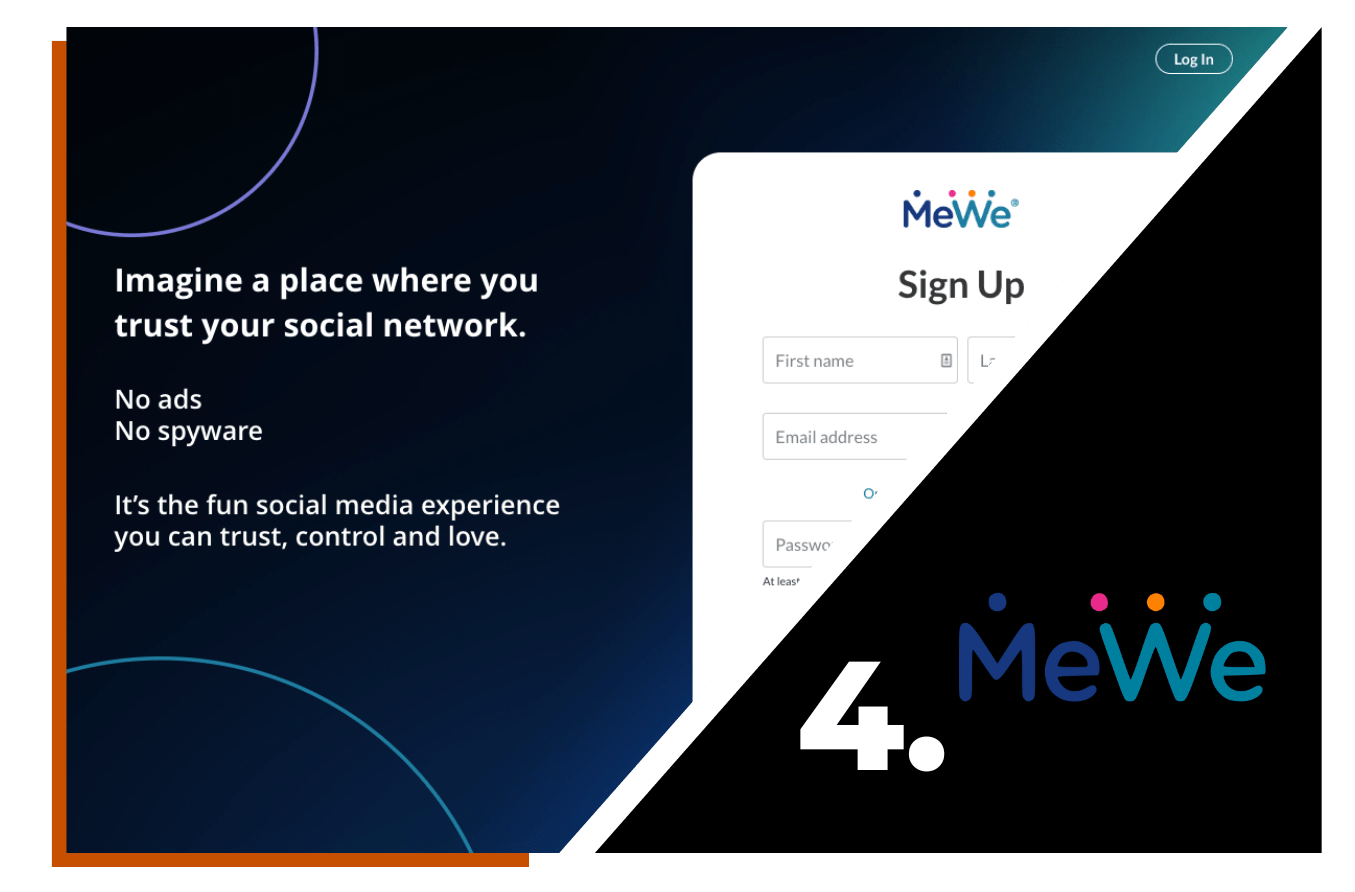 MeWe is an exciting option in the conservative alternative to Facebook world. It's not explicitly described as "conservative" in any way, but does have a value proposition that aligns well with many conservative values. Billing itself as the "anti" Facebook, MeWe allows for posting, groups, and other social must-haves with no ads, no data targeting, no political bias,, and no news feed manipulation. It currently boasts about 20 million users. 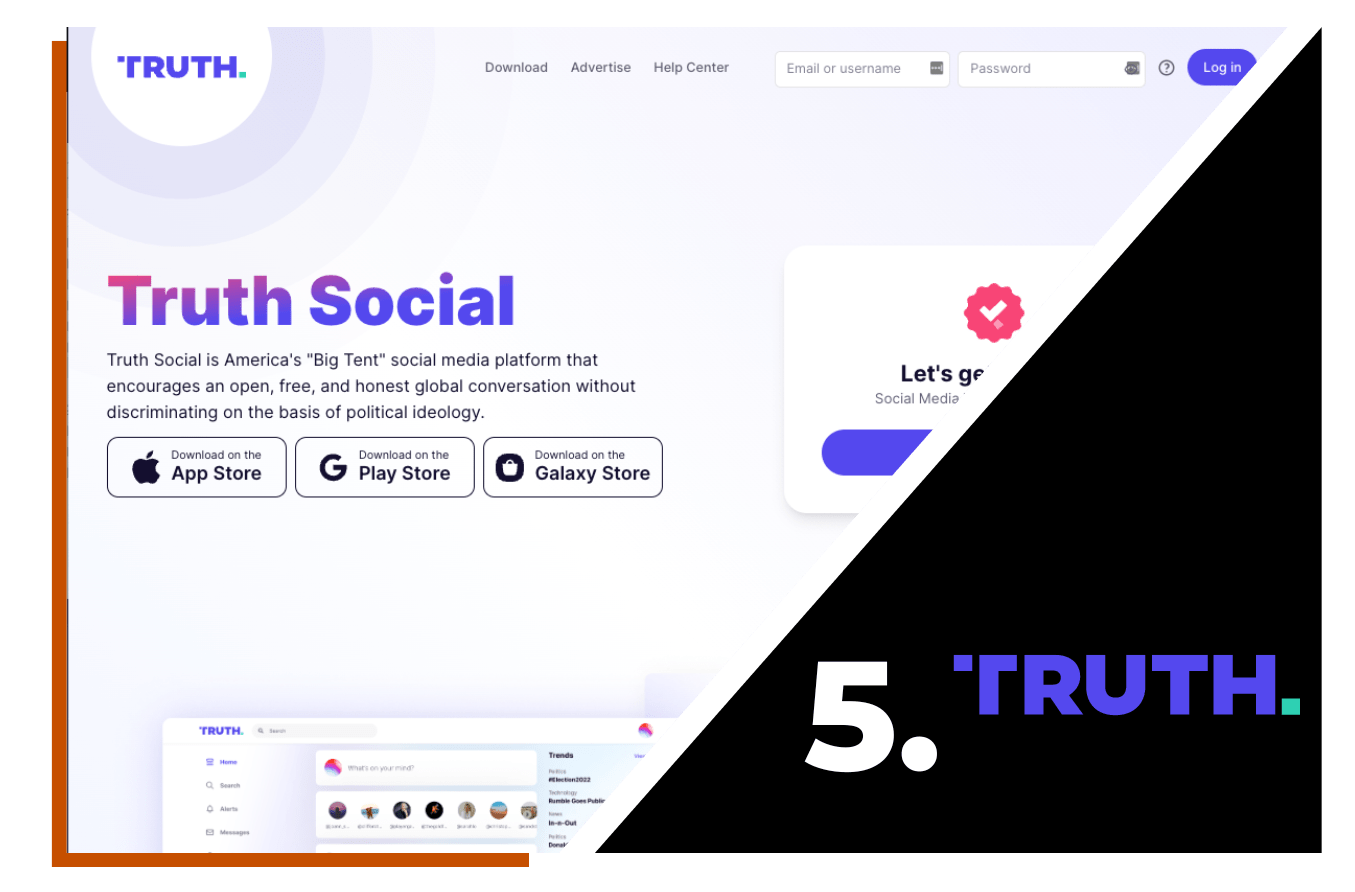 Finally, we come to Truth Social. Launched in 2022 by former U.S. President Donald Trump, it is a direct response to the removal of certain conservative users from other platforms – including the former President himself. Purpose-built as an "uncensored" alternative to Twitter and Facebook, Truth aims to allow for free expression, and offers most of the familiar social media features you are used to, but has at times been accused of censorship itself. It's also small for now, with only about 2 million users, but it's the only place to be if you're looking to keep up with Trump.

If you want a conservative alternative to Facebook, these are just a few of the many options out there – and the field keeps growing all the time. Whether you're looking to bring your users into one platform where you own the data and monetization or just want a new social media environment. For users worried about their views being unfairly censored or silenced, it seems free speech is alive and well.

One of the most significant pieces of what sets Cause Machine apart from other technology platforms is where we start… with a community engagement strategy. We begin all of our work on the foundation of engaging a community well and then begin mapping out the technology to help support that strategy. We're certain that you'll find some great resources and powerful tools in Cause Machine to better engage your community as well. Learn how it can work for you here.